“When your enemy falls”. The story of the painting 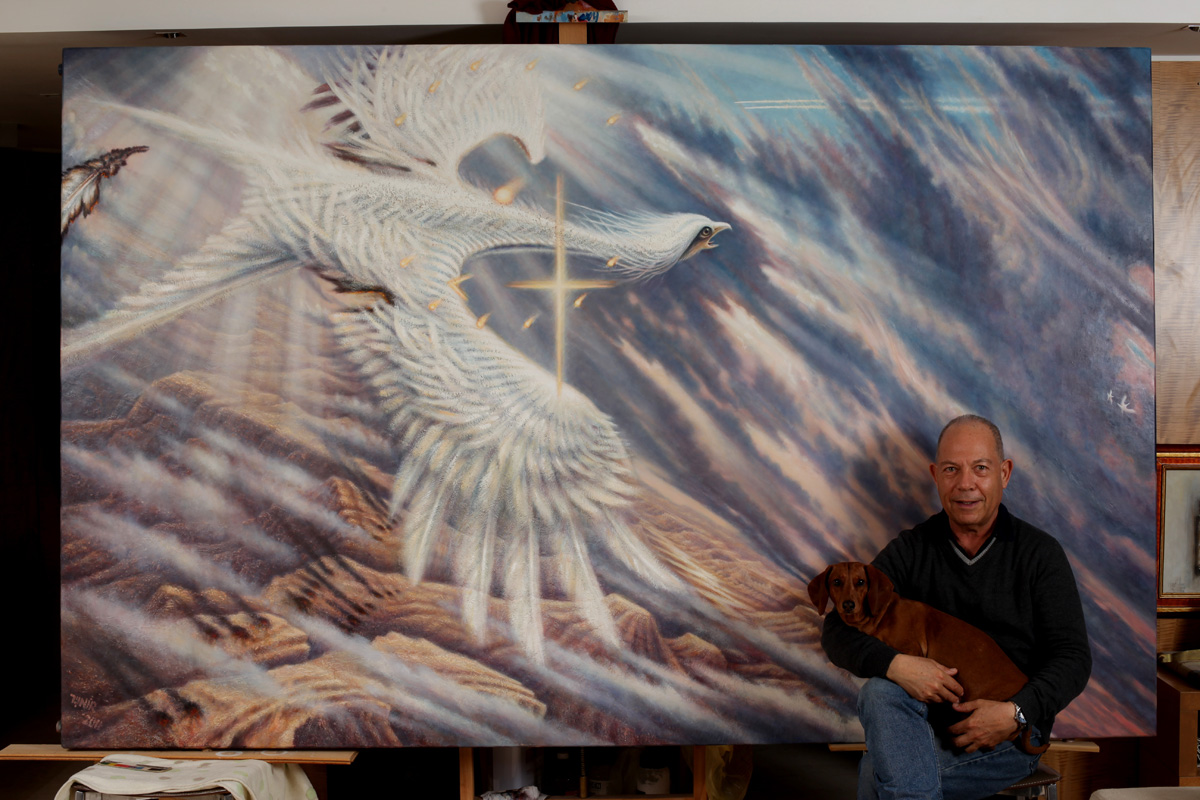 During the “War of Attrition” (between Egypt and Israel, 1967-1971) I served as an Operations officer in I.A.F Squadron 119 in Tel Nof (Mirage III C & R aircraft), under the command of Major Ran Ronen–Peker and Major Amos Amir.

In the late afternoon of April 28 1970, I scrambled as a leader of two Mirage III aircraft with my Wingman Lt. Dror Harish, to intercept four Egyptian “Sukhoi 7” that were flying at very low altitude toward our intelligence site at “Um Hashiba”, some 20 miles east of the Suez Canal. The Egyptian pilots aborted their mission as soon as their radar detected us approaching. As they were turning back westbound, they jettisoned their heavy bombs to the Sinai desert below. They lit their “afterburners” and accelerated to supersonic speed, in an attempt to return to their air base near Cairo.

As we dove after the last Egyptians Sukhoi, his two bombs exploded under my Mirage’s fuselage, damaging my two heat seeking air to air missiles, putting one of my two canons out of commission and peppering my plane with many shrapnel hits.

Instinctively, I shut down my afterburner, retarded the throttle and pulled up to a safer altitude. My speed decreased sharply.

In the meantime my Wingman launched his heat seeking air to air  missile to the rear Sukhoi of the rear pair. a trail of fuel came out of its right wing’s rout,  but the  plane continued to fly very fast, crossing the Suez canal heading home!…

I told him to leave this Sukhoi and  shoot down it’s  leader. He did it successfully.

Now, the Sukhoi had greatly increased the distance between us. After my first heat seeking missile was launched, did not guide and hit the sand, I realized that only my single operating canon would have to do the work, if at all… However, for that I had to close the distance between us to a cannon range, at some 700 knots (about one mile every five seconds), while continue flying “low & fast” over to the Egyptian side of the Suez Canal…

It was a long chase at a very high speed and low altitude over the desert. He probably saw me and started desperate turns from side to side in an attempt to destroy my aim. Those maneuvers helped me close the distance and to achieve a firing range.

I fired some 3 bursts from my crippled canon at perfect aiming but did not see any hits. Suddenly, after the third burst at some 300 yards,  his Sukhoi pulled up sharply and literally, “stood up” in the air!

I was expecting his canopy to fly off, the ejection seat to rocket out and his red and white parachute to open. None of those happened…

Without thinking, while closing up the distance between us in seconds, I shouted into my oxygen mask: “Eject idiot! Ejeeeccttt!!!” He did not hear me, of course…

His Sukhoi flipped over abruptly and crashed into the desert, leaving a huge fireball in the sand.

There was no parachute…

At sunset, while watching Sinai’s mountains darkening slowly, I was not happy.

Ten years later, in 1981, I exhibited my first small version of this painting at the National Israeli Theater – “Habima” in Tel Aviv. In 2012, I exhibited the current version, in my retrospective “one man show” at the “Jerusalem Theater” in Jerusalem.

In this painting, you the viewer, are in the middle of the hunting scene. You are shooting at a young white bird, through a Mirage’s gun sight… Moreover, at the same time you are the hunted bird… 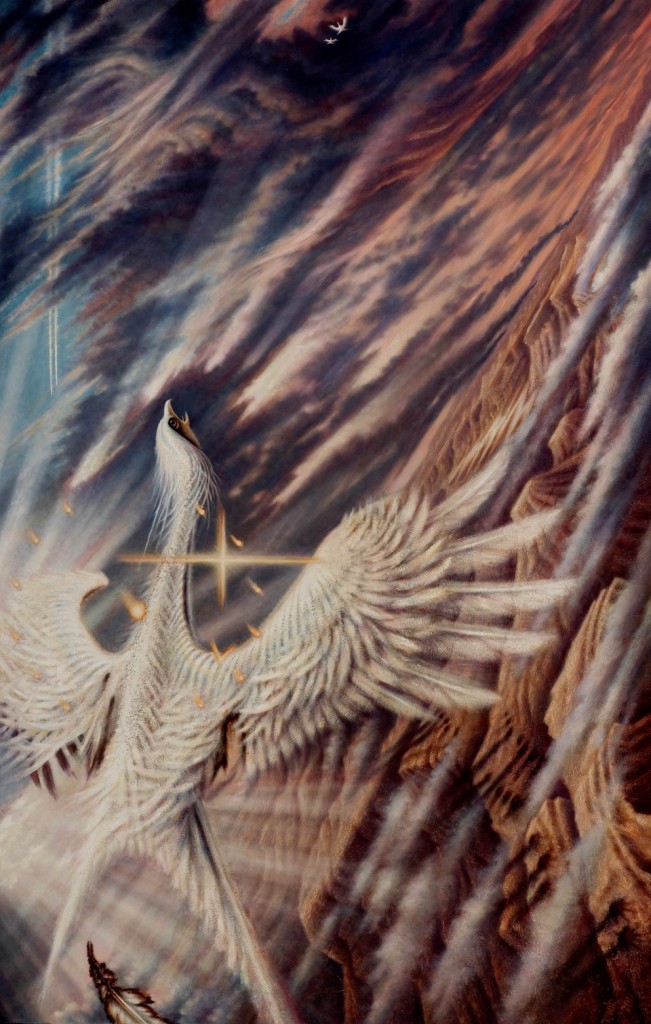 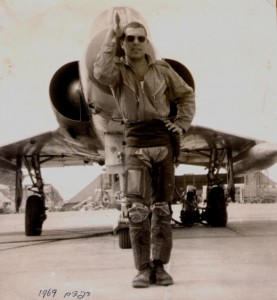